The Anciet Gods; Ending Our Alliegiance

Our evolution is speeding up on this planet. We are disconnecting from the old 3D realities and opening to 5th dimensional frequencies. As awareness increases we begin to recognise the vast inter-dimensional matrix of control operating on and around the planet.

Large numbers of people are now consciously choosing to to exit this matrix completely. To step out and truly claim individual authority. This does require that we process all of our hold outs and unconscious buy ins.

The other day, I became aware of a big hold out of mine.

I woke up feeling a deep tension in my solar plexus. Later, cycling in London, I saw on the side of a bus a huge advert for a newly released movie. “The Gods of Egypt”. The image struck me with force into that point of tension, and immediately I understood that I was still engaged in an allegiance to the Egyptian Gods I had once served and worshipped.

I sat to meditate and looked deeper into the tension.

There, arranged in layers were the pantheons of gods I had worshipped through different eras of history. The Roman, Greek, Celtic, Hindu, Viking, the South American, Native American, African…… it was endless. The gods of all the cultures I had incarnated in were still claiming a piece of my energy. I was still locked in, feeding them.  I had never disconnected.  Why would I? These beings were the ultimate authority for me in those times.  No greater reality existed.

I felt the deep belief in these beings, the prayers, the rituals and ceremonies, the honouring, the sacrifices and promises made. I was aware of the anger where I felt betrayed by gods I had sacrificed to, where I had not got what I wanted. It was anchoring me into an immature level of consciousness, a system of reward and punishment, vengeance, obedience and superstition.

All of these beings are archetypal patterns in the collective field. Very real at an energetic level. As I felt into the structures, I knew I was still engaged with many of these beings, either in obedience, or resistance or deep superstitious fear.

Many of these beings were actual visitors from other dimensions or star systems. They weren’t gods at all, just a little more advanced than humans. They came seeking energy, slaves, to be worshipped. Easy for beings from a more technologically advanced culture to convince populations that they were gods needing be obeyed.

Not all of them would be negative in intent. Many would have had our evolution as their primary concern.

They are all a part of the matrix of control. A sticky part, because they are an aspect of our spiritual subculture. Woven in with much fondness and fear, guilt and shame, over many incarnations.

There are many layers of this operating in our system. These have been laid down over vast stretches of time, and are deeply ingrained. 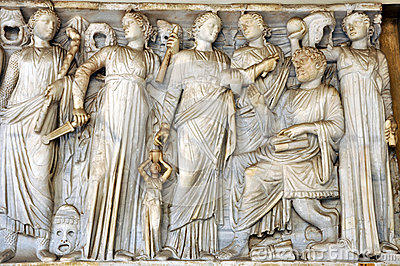 There are many false gods that we have pledged allegiance to over time. Anything we have decided has power over us becomes a false god. Something we surrender energy to on a regular basis. It could be a substance, a person, an organisation, a belief. As we release our alignment with what no longer, or never did serve, we align more completely with Source. It’s what we are, what remains when everything else falls away.

From this place, we recognise there are no beings higher than or more divine than us. We release ourselves from the shackles of superstition and obedience, of needing to appease a god, or sacrifice to a god. No more seeking approval from on high.

We come into sovereignty.

Letting go of the conditioning of our collective past means that there is more life force available to us now. We’re aren’t scattering it over a vast history, funding obsolete systems. That life force then fuels our bodies, our lives, our evolution. All of these become healthier. There is more vitality available. We receive a huge boost because we’re not allowing ourselves to be plundered, farmed, energetically raped and manipulated.

This dimension shifting time is calling for us to become very aware of what we do with our energy. There are opportunities now to release our historic programming. Not just the ancient wounds, but also the things we loved, things that served us well. If they are limiting awareness of ourselves as source energy, letting them go will serve us well.

If you have benefited from David’s work, including his free offering, please consider a donation